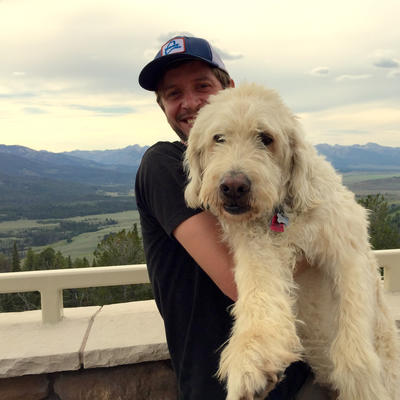 Pete is a Vermont native, website developer, soundtrack composer, and wildlife advocate. He is a graduate of Dartmouth College and the Yale School of Forestry & Environmental Studies. During a hiatus from the Green Mountain State, Pete worked at the San Diego Zoo and Defenders of Wildlife; he also directed education programs at a black bear sanctuary in northern Minnesota. Pete has served on the boards of Wild Gift, the Vermont Land Trust, and the Vermont Natural Resources Council. He is a former Doris Duke Conservation Fellow, Wild Gift Fellow, and a Senior Fellow in the Environmental Leadership Program. He lives in Burlington, Vermont with his wife and two children.

Pete has been in a number of mediocre bands. Currently, he is the guitarist for Jeff's Basement, which primarily plays in his friend Jeff's basement. They also play shows on other friends' decks and the occasional dive bar.

Pete spends most of his time building smaller-scale websites. He uses Drupal and WordPress for sites that need custom functionality. For simpler sites, he helps clients get started on do-it-yourself platforms like Squarespace and Weebly.  There is no project too small for Pete.