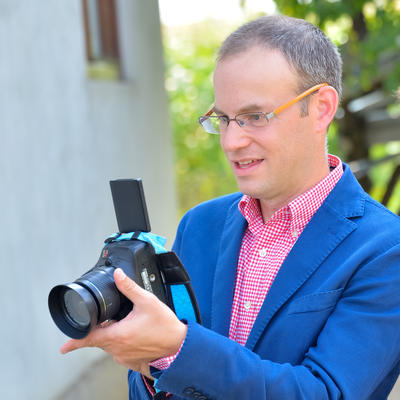 Bill is Tamarack's expat, having moved from Vermont to the UK in 2012. From overseas he manages website projects large and small, remotely produces and edits videos, and is expanding our network of international clients. Bill is currently pursuing a doctorate at the Oxford School of Geography and the Environment.

Bill’s production experience includes time at Interlock Media, Smash Entertainment Group, Cross Current Productions, and Pincus & Small Films. His work has been featured in the public television series Natural Heroes, on BBC Radio 4, and at film festivals around the world. He received the New Voices award from the Institute for Interactive Journalism and was a TogetherGreen Fellow.

Bill lives in England near the Buckinghamshire-Oxfordshire border. His village's claim to fame is that it was once ruled by William Marshal the Younger, one of the barons who signed the Magna Carta. It also has lots of thatched roof cottages.

Bill leads Tamarack's video projects having worked in television and feature documentary production. He also tackles some of our most ambitious websites - including professional development communities, multimedia learning platforms, and online games - undeterred by their complexity.